Anna Wintour may have been the one to create Fashion’s Night Out when the world was in the dark depths of recession, but New York is certainly the one to pull out all the stops for it.  Back in the day (all 3 years ago), Fashion’s Night Out was created to encourage spending during hard times.  Now it seems more like a giant retail party with drinks, celebrities and shenanigans and has sort of lost its purpose.  Nevertheless, this has not stopped celebs from coming out to this giant shopping free-for-all where designers, actors, models, and socialites come out to mingle with the shopping jet-set.

Everyone was saying that the city had come alive and that New York was invigorated with a new energy.  But besides the shopper and onlookers, of course, who were the celebs that made that happen? 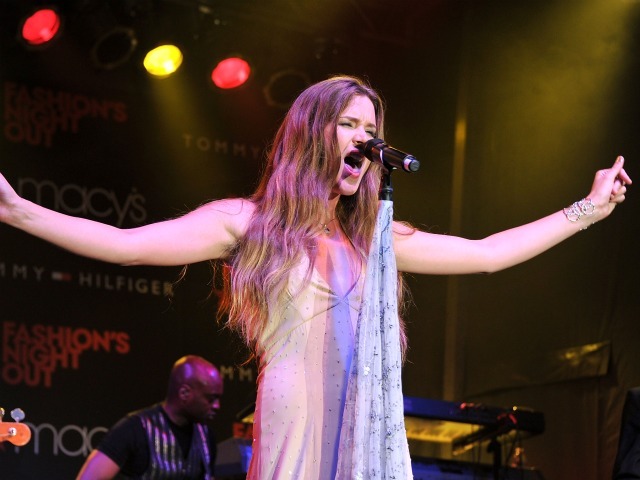 Let’s start at Macy’s Herald Square, where Fashion’s Night Out in NYC was kicked off for all the world to see as the event was livestreamed on YouTube.  While Joss Stone sang outside, stars like Shay Mitchell from Pretty Little Liars, Anna Dello Russo (Vogue Japan), and model Karolina Kurkova posed for pictures.  Other faces amidst the shoppers:  Samantha Ronson and designer Rachel Roy.  Kelly Rowland was expected to be there, but was a no-show. Tommy Hilfiger frolicked from his “department store home” Macy’s to his “real home” at his 5th Avenue flagship store.

At another 5th Avenue store—yes, THE 5th Avenue store, SAKS, at least one Glee cast member on hand. Lea Michele signed t-shirts for the first 150 fans and called the whole event Mardi Gras.  Darren Criss was supposed to be there, as well, but we’re getting mixed reports on whether he was or not. And since our lovely Second City Style team couldn’t be everywhere at once during this fashion extravaganza, we don’t know if he was.The Glee kids, as you know, were the faces of this year’s Fashion’s Night Out. For avid teenybopper fans, Joe Jonas was also at Saks Fifth Avenue.  Another big name for the teenybopper set who has some great fashion choices for a kid his age but has also said that someone picks the clothes for him and he wears them, made an appearance at the Dolce & Gabbana Big Apple store that got a giant crowd in attendance. Justin Bieber wore a purple jacket and faded jeans from D&G and guests were told they had to buy at least one tube of $35 lipstick in order to see the singer. While fans were mainly disappointed because he came out and sang maybe two songs, at the end of the night Justin tweeted to the world that the house raised enough money for charity to build another school.

This blog post would go on for days if we told every single celebrity who was on hand at Fashion’s Night Out this year, so we’re going to have to cut it short and tell you some of our faves. 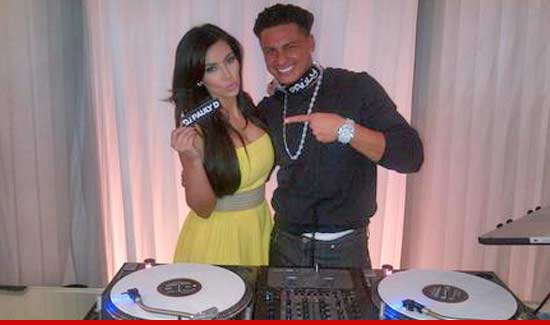 Newly married Kim Kardashian was at her sister’s Dash boutique in SoHo with DJ Pauly D from the Jersey Shore.  Nicki Minaj was at Yves St. Laurent.  Whoopi Goldberg had a debate about facial hair at Bergdorf Goodman (say what?) Coco Rocha tweeted about the appearance of Karlie Kloss, Damaris Lewis, Chanel Iman, and Abbey Lee Kershaw joining her at Topshop. Crystal Renn hung with designer Zac Posen.  Michael Kors took pictures with The Rockettes on 49th St. Seth Meyers did some bartending at Coach.  Marc Jacobs muses Dakota Fanning and Sofia Coppola hung out with their main man.

Sarah Jessica Parker turned up at Oscar de la Renta and hung out with the designer. Great choice for the fashionably luxe lady!
But the biggest celebrity of all to grace us with her presence at Fashion’s Night Out was obviously Miss Piggy. The VIP pig graced us with her ladylike presence at Opening Ceremony to promote the Opening Ceremony x Muppets collection at the Ace Hotel.  Other at the event included Spike Jonze, the Rodarte girls, and Proenza Schouler.

You thought the t-shirts weren’t enough? Well, Fashion’s Night Out has launched its first-ever collection with tees, hats, and totes to benefit the New York City AIDS Fund.  The items range in price from $15 to $50 and are available in about 800 stores and 400 websites.
Photos: OpeningCeremony.us, Just Jared, Hello! magazine
–Simona Kogan