Skip to content
DKNY is busy these days! First they’ve revamped their Tumblr page, and now they’re “kicking” things into high gear with their new hosiery collab with Gossip Girl costume designer Eric Daman, just in time for us to cover up our gams for fall!  To kick off the launch of the uniquely printed tights, Eric Daman and DKNY hosted a fete at the Electric Room in Dream Downtown Hotel. Nestled into the underbelly of the building, the Electric Room had an almost cavernous feel to it, with elaborate chandeliers and dark, wood-paneled walls. 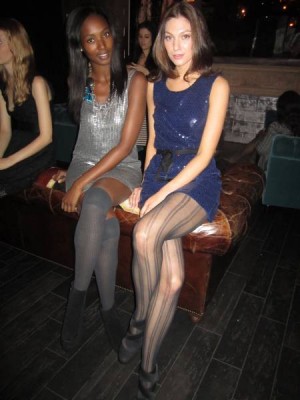 To showcase the eight different styles, models lounged on the backs of velvet couches like a chic inner circle, dressed in the DKNY Fall 2011 collection with the Eric Daman for DKNY hosiery as a fitting accent. Patterns ran the gamut from floral to fishnet, polka dotted to striped. Some styles were thigh highs while others were full tights and some were mostly sheer while others were almost completely opaque. Basically, there’s something for everyone in the new Eric Daman for DKNY hosiery collection, but find you’re favorites fast! It’s getting cold out there! 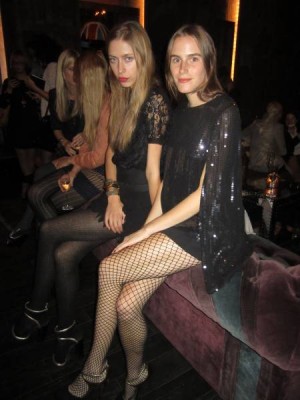