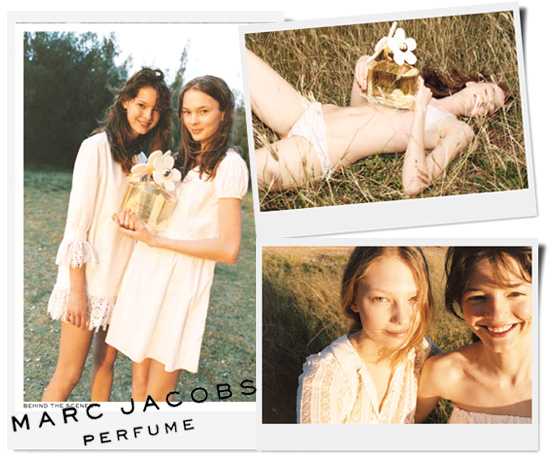 The house of Marc Jacobs just made history with its first ever television commercial, which brings to life two of its signature scents, Daisy and Daisy Eau so Fresh. The commercial features three of Marc Jacobs’ muses: Sophie Srej and Frida Gustovsson from the classic Daisy campaign, and Hannah Holman from the Daisy Eau So Fresh campaign.
The commercial made its exclusive debut on Wednesday, November 23rd, in the United Kingdom and will roll out to the United States in Spring of 2012. You can take a peek here, or just imagine a bunch of girls in a field of daisies, holding a bottle of Daisy. You’ll get pretty much the same thing.